"If I never do a record after this I would want people to remember me by this record."
Producer Ryan Greene on 'Escalating Quickly' 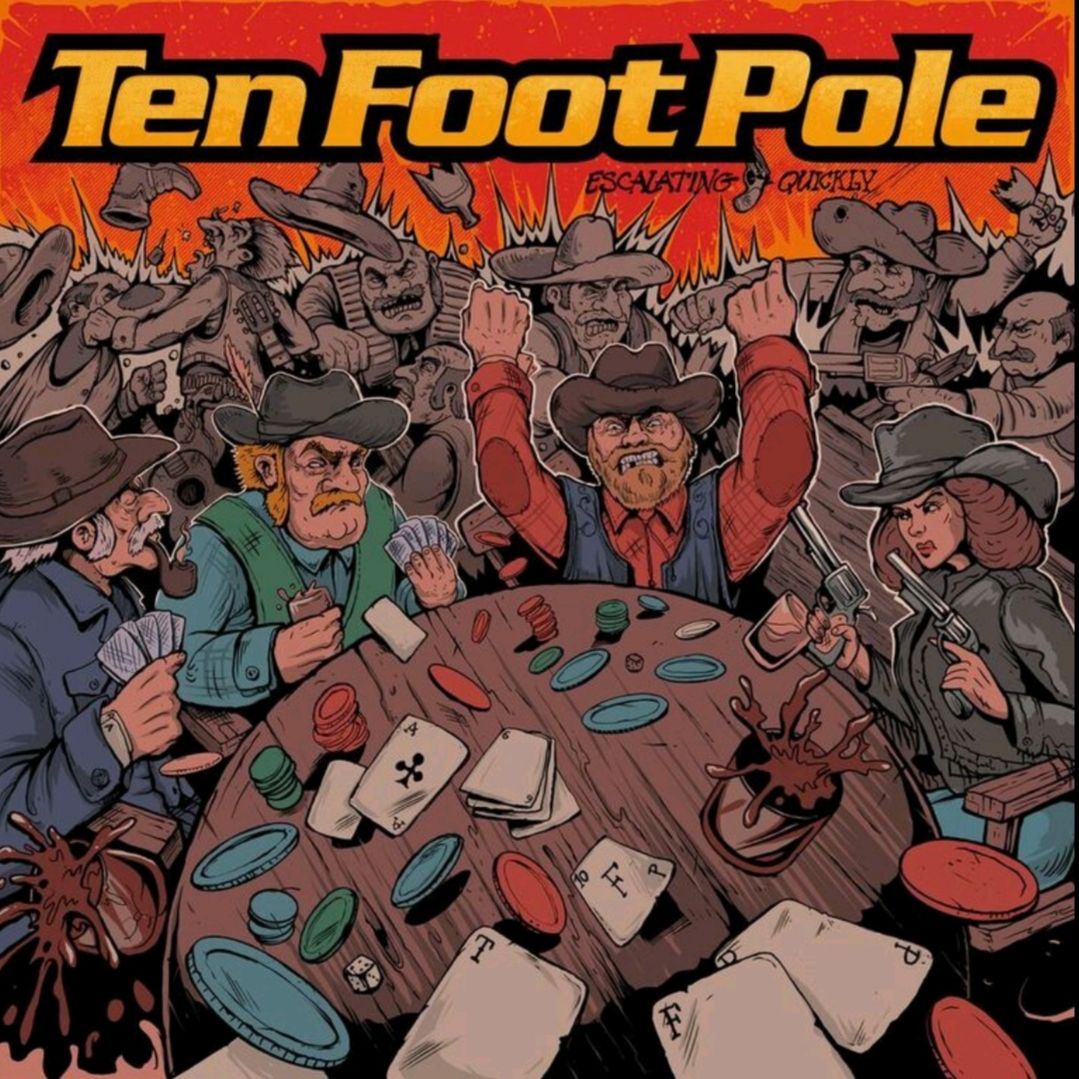 May 10, 2019 brought the release of Ten Foot Pole's 'Escalating Quickly' which pushes past 90’s melodic punk genre limitations with their first new album since 2004 and was followed by a North American tour.

Producer Ryan Greene, anxious to showcase his skills beyond the iconic 90’s albums he produced (NOFX, Lagwagon, and No Use for a Name), was going for “The Bohemian Rhapsody of 90’s punk,” adding layers of ear candy and outlandish special guest shredding to the solid new TFP songs. 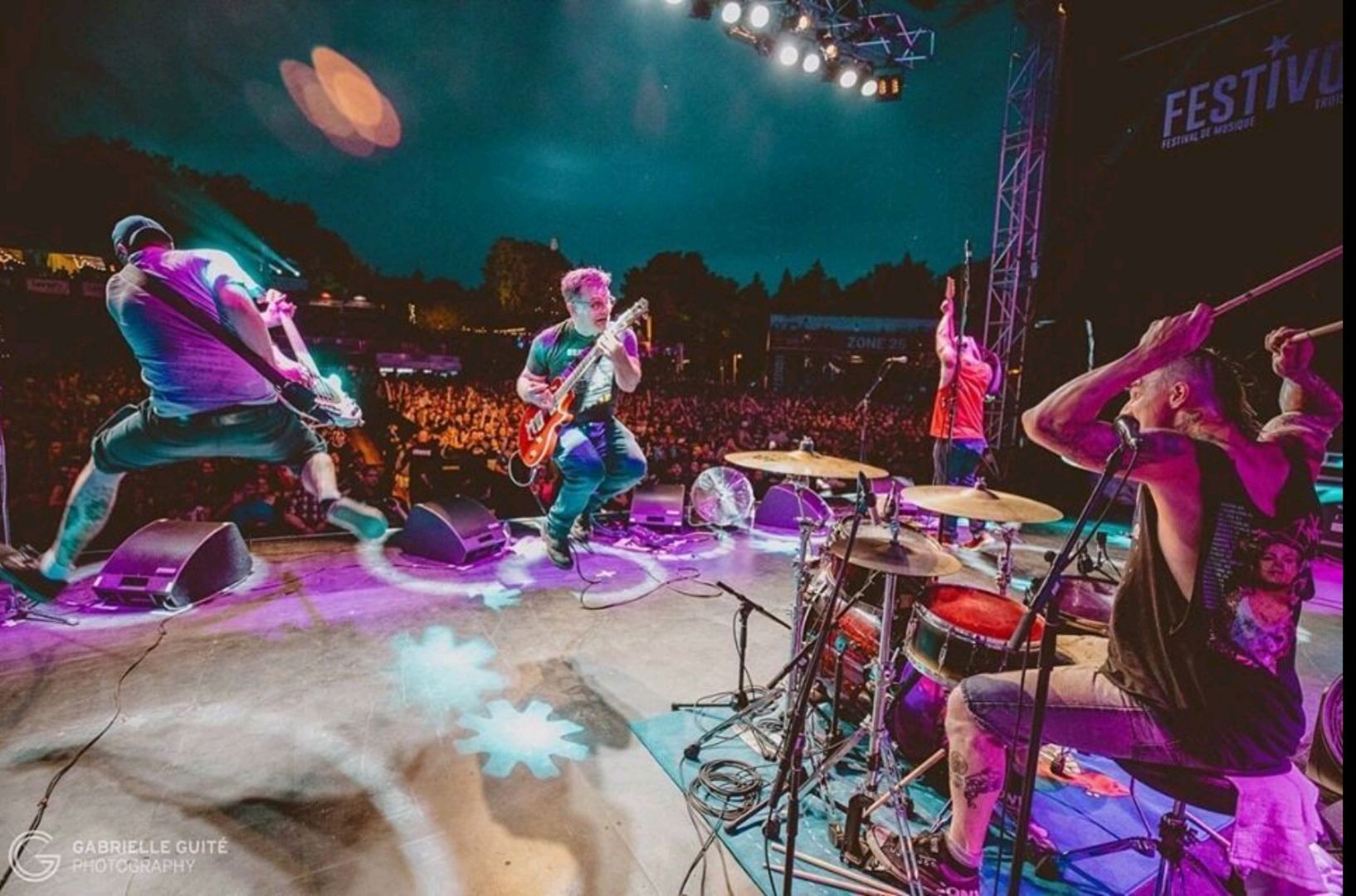 Guest contributions on 'Escalating Quickly' include guitar tracks by Dan Palmer (Death by Stereo, Zebrahead, Billy Bio) and Dan Jacobs of Atreyu, plenty of bass riffs by “Lil Joe” Raposo (Lagwagon, RKL) and drumming by Sean Sellers (Good Riddance). These all-stars were encouraged to have fun and move past the usual confines of their famous gigs, leading to giggles and bombastic performances. The end result is certainly worthy, according to Dan Palmer: "I've been a TFP fan for quite some time and I honestly think this is the most musically exciting record that they've done!” 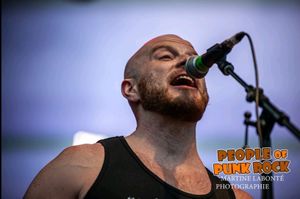 The walls of vocal harmonies go from whisper to a scream; dueling guitar riffs, frenetic bass runs, and even 80’s keyboard and effects references compliment some of the best Ten Foot Pole songs ever. Founding member Dennis Jagard, singer/songwriter/guitarist, explains the songwriting process included trial by embarrassment; he carried an acoustic guitar while doing sound for Jimmy Eat World and “Weird Al” Yankovic tours, performing whenever possible, rocking sidewalks, parking lots, parks, and small venues worldwide. “Singing in public helped me to quickly filter out any unworthy new songs. Belting it out in a W Hotel lobby in Seattle, for example, I only wanted to play the best material, the music and lyrics I was not ashamed to sing to random strangers.” 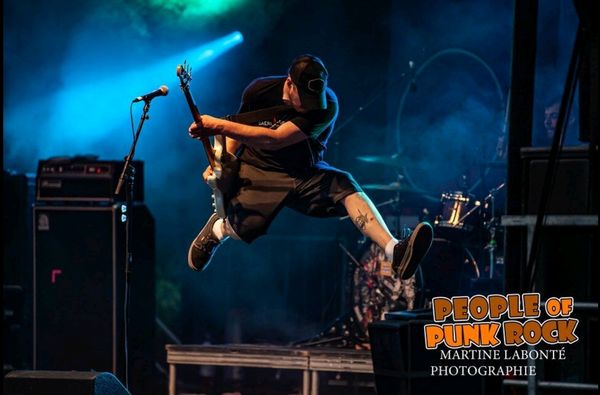 WAIL had a chance to speak with Dennis about the new album and some of the details of his recent work with Jimmy Eat World, Weird Al Yankovich and the details behind TFP's departure from Epitaph. Lead singer Dennis is a sound engineer, who has mixed for artists including Prince, Beck, AFI, and Jimmy Eat World.

WAIL: "Dennis what part would you say is the most fun of touring/writing new music?"

Dennis: "The funnest part is when people sing along--whether it's 5 people or 5000, it's amazing to see people enjoying singing my words, On tour, getting thousands of people to sing 'Dick Dick Dick Dick' at a festival was pretty special The song is called "Don't Be a Dick," which I wrote to remind myself to be nice."

Dennis: " It's a mix of old and new songs. Most of the old songs people can find on our album Setlist--kind of our hits. Then some random different old songs, such as Broken Bubble and Another Half Apology. And my favorite new songs such as Don't Be a Dick, Everything Dies, Long Night, Victim of Humility, Forever Road, maybe Numb." 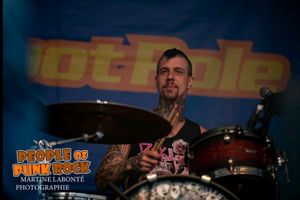 WAIL: "What song if you had to choose one would you say is your favourite to play live?"

Dennis: "Forever Road because it kicks ass and I get to do a little solo."

WAIL: "What would you say the theme or statement is behind "Escalating quickly" as a whole?"

Dennis: "The songs off Escalating Quickly were written more individually, not intending to make a big statement. But if I had to think of a pattern, I'd say the vibe was to stay cool, not be a dick, but resist and keep a sense of humor even in a doomed, depressing world."

WAIL: "The light-heartedness and fun is certainly well received in my opinion. There's a bit of a dark undertone like on "Everything dies".

Dennis: "Yes, Everything Dies is about as extreme as I could get--trying to keep a smile while everyone and everything, such as love and puppies, are doomed. But there's a bit of humor in being that extreme." 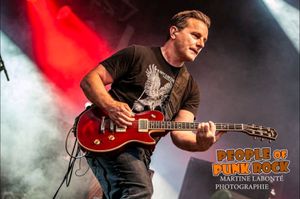 WAIL: "I imagine it's a lot tougher doing things on your own without much backing from a big label, How come TFP parted with Epitaph?"

Dennis: "I'm not sure exactly what went into Epitaph's choice. At the time Bret was in rehab. One minute they wanted to pressure us into signing a contract extention, literally right before I was about to sing vocals on Insider... then the next time we talked they changed their minds. I think I hurt some feelings when I said I needed to focus on singing that day. Sad, because it really hurt us, and it wasn't something we intended to do. And I think it hurt them too, because Rev, Unleashed and Insider did very well for Epitaph."

WAIL: "Who are your inspirations and or favourite bands to tour with?"

Dennis:" We had lots of amazing times with bands like Millencolin, No Use for a Name, Hi Standard, Face to Face. We had two big tours with Millencolin in late 90s early 2000s. We just did one show with them in Trois Rivieres, a rad big show."

WAIL: "Glad to see you guys back on the road with new material!"

Dennis: "Thank you! I'm glad to get the chance to write and play new music! I have to thank the Ten Foot Patrons (Patreon subscribers) that helped me pay for the recording, and Thousand Islands Records who paid for vinyl and CDs to be made and marketing." 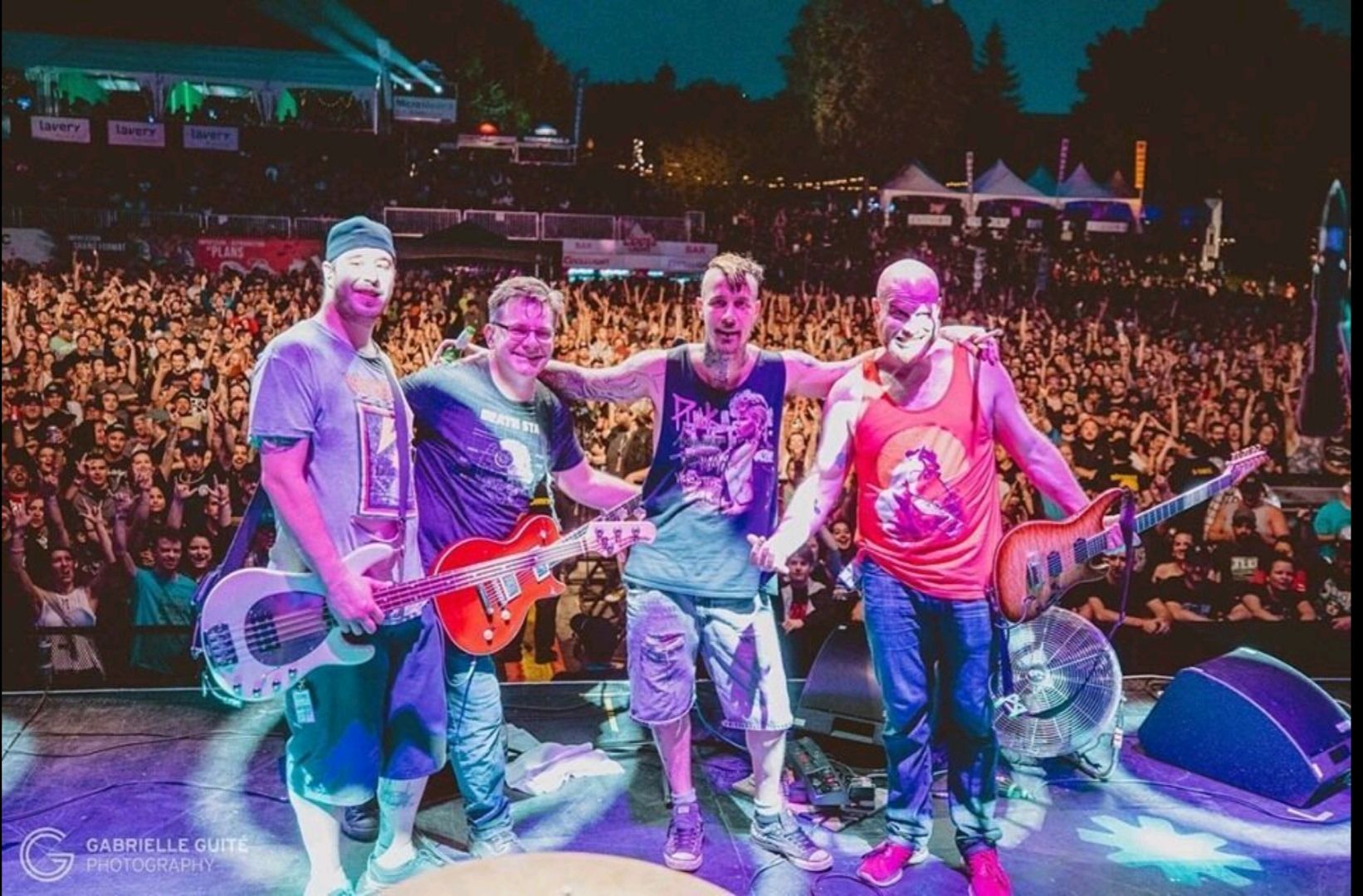 Ten Foot Pole’s history includes being hardcore band Scared Straight in California in the 1980’s, fronted by a pro baseball pitcher up to 1995, being a well-travelled underground Epitaph style band in the 90’s, and slowing down so that Dennis could do sound for Prince and other artists in the
2000’s. In 2016 the album setlist summarized the band’s 90’s melodic punk identity, just in time for 'Escalating Quickly' to move beyond those genre limitations.

'Escalating Quickly' will be released and distributed by Thousand Islands Records, but was a DIY recording experiment; Ten Foot Pole seeks Patrons willing to subscribe at $1 per month or more, to help fund future recording, and in return offers supporters newsletters and early access to music, podcasts, videos and more. Links to become a patron, as well as tour dates, social media links and more info, are at TenFootPole.com