We're about musicians who WAIL!!! Any genre, any style, any instrument, any flavor! We are always looking for musicians that have put in years of time and energy perfecting their sound, who deserve to be recognized and bring them into the spotlight!

WAIL Music Magazine was launched in the Spring of 2015 and since then has established itself as a reputable source of great music across many genres. The idea of “For Musicians, By Musicians” is gratuitously accepted by musicians and music enthusiasts alike. WAIL’s goal is to bring hard-working, dedicated independent artists to the mainstream. One thing lacking in the modern music scene is media presence for hard-working artists who can devote their life to their music and still remain unknown. We're bringing you phenomenal artists from all around the world but most importantly we're putting their music where it belongs. In the ears, heads, and hearts of the fans.  We’re doing everything we can to give the power of music back into the hands of the musicians. JOIN OUR MOVEMENT to put independent music into the mainstream! 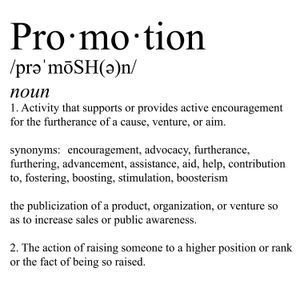 Let's hit this stigma head-on. Paying for promotion has a sour sound to it from fake agents, false claims, internet scams, and of course that classic story every other band has about paying a promoter and never hearing from them again. Aside from that a TON of artists absolutely refuse to pay for it (or so they THINK). Why? They want to be an independent, self-made artist which is totally understandable. If you've made a career that pays your way without the help of anyone then congratulations as you’re one in a million that have accomplished that. But the reality of paying to further your career starts at the posters you buy to promote your show; the second you take your music from hobby to jobby. Modern, in-denial musicians will boost a Facebook post, pay a distribution company, pay an artist for album art/photographer for photos, pay for a music video, pay a recording studio, pay an audio engineer to mix and master, pay for merchandise and legitimately think they’re not paying for promotion. Unless you’re a professional recording engineer, master/mixer, graphic designer, booking agent, photographer, film director, social media marketer, and have your own independent music and video platform online you’re paying someone to do it. In a nutshell, any purchase you make to further your career is paying for promotion. You honestly wouldn’t believe the number of musicians willing to put YEARS into the exact same thing they won’t put $20 into. Independent artists do anything they can to avoid this while spending hours, days, weeks of their own time attempting to blaze their own trail and build their own network and ALL THE POWER TO YOU! It’s a monumental undertaking to do as much as independent musicians manage to do for their music but is there a better way? If musicians could work together to promote YOUR MUSIC as well as put some magic back into the independent music scene, would you do it? Some musicians honestly wouldn’t. A lot of musicians want the spotlight, the whole spotlight and nothing but the spotlight (we all know one or 27 musicians like that). However, a HUGE majority of musicians enjoy listening to and supporting independent music. In 2015 I saw a TON of raw untapped talent that not only wasn’t recognized across the continent but wasn’t even known locally. I couldn’t stand the stagnant, modern music industry and the disheveled artists teeming with skill and devotion with no outlet to turn to but the hyper-saturated major online platforms. So I created WAIL Music Magazine so great artists could unite, be heard, hear great music and fuel the independent music scene towards a new era of recognition. At first, it was nothing but a few artists with big ideas sharing music on social media. Now it’s grown into an international publication and a real movement that could be the start of something revolutionary for independent music. It doesn’t take a rocket scientist to see one person can’t afford to design, write, print and distribute thousands of magazines, run a social media team, and relentlessly put time and energy into promising up and coming bands but TOGETHER musicians ABSOLUTELY can (AND JUST DID). Now thanks to the musicians willing to contribute to something not only benefiting them but other great artists around them, we’ve brought this idea to reality. Our next step is to create the social music platform of the future and get independent music monetized to put food on the same table that once bore the blood, sweat, and tears of independent artists. It’s time we united and took the next step to put the music industry back into the hands of MUSICIANS! If you want to be a part of what WAIL is doing, join us, share awesome music and together we can make this next step a reality too.